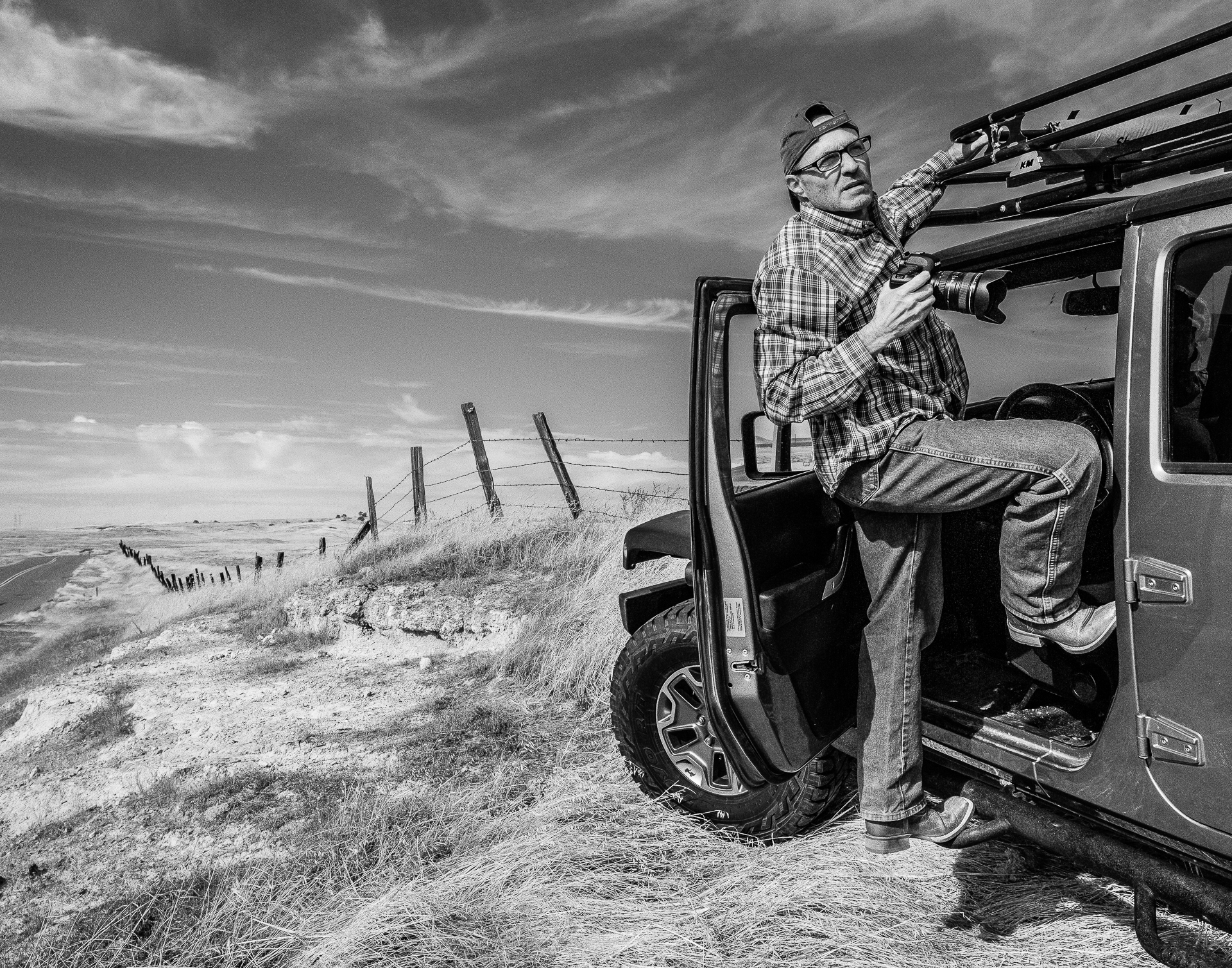 Marshall Gould’s sharp, high contrast black-and-white photographic images can be characterized by diagonal framing, clean compositions, dramatic highlights and strong, luxurious shadows. Often taking documentary-style shots on location, Gould’s latest subject matter might involve a landscape of the American West, a series of equine images documenting the relationship between a mare and her newborn foal, a homeless person, or a culture/lifestyle image, making these gritty, regional works as conceptually dense as they are compositionally superb. Usually incorporating elements of the earth and/or sky, Gould’s works are about co-existence and reference the stylistic philosophies of early black-and-white “Golden Age” photography. Although most of his work is primarilyin monochrome, he does work in color, especially when shooting “Americana” images. Whatever the photographic medium, Gould continuallyaims to convey a vibrant and provocative visual narrative about the land, culture and residents of his current locale.

He has exhibited at the Agora Gallery in NYC, The Blank Wall Gallery in Athens, Greece, and The Open Shutter Gallery in Durango, Colorado. He has also received numerous honors in The Annual Black & White Spider Awards, The Annual International Color Awards, and has been frequently published in Black & White Magazine over the last five years. His fine art prints hang in dozens of homes of private clients throughout the United States.Marshall Gould was born in Providence, Rhode Island and received his Bachelor of Industrial Design from the College of Visual and Performing Arts, Syracuse University. He and his wife Becky live in Oakdale, CA., “The Cowboy Capital of The World.”